We realized that Darktrace was detecting what other tools were missing.

The Challenges of Protecting Sensitive Data

As a top insurance company recognized for its innovation, Grupo Mexicano de Seguros knew it needed to be confident it could protect its digital ecosystem and maintain the trust of its many clients in an era of highly targeted and unpredictable threats. The security team found its existing security controls insufficient given the speed, scale, and sophistication of cyber-attacks, experiencing between five and six thousand attacks a day themselves.

‍
"We needed above and beyond what perimeter tools can do," said Oscar Salgado Alvarez, CIO at GMX Seguros. "It's critical we protect our and our customers' data. Darktrace AI makes this possible."

‍
Operating in the insurance industry, Grupo Mexicano de Seguros must adhere to various regulations, including Mexico's Federal Law on the Protection of Personal Data held by Private Parties. Darktrace's autonomous threat investigation and reporting capabilities both supports the company's DevSecOps priorities and regulatory compliance. The security team use this function to efficiently communicate a high-level understanding of all incidents to the executive team on a monthly and quarterly basis, helping ensure the company is both compliant with necessary regulations and ready to defend against cyber-threats.

After a successful 30-day Proof of Value (POV), Grupo Mexicano de Seguros deployed the Enterprise Immune System, Darktrace Cyber AI Analyst, and Darktrace Antigena to defend its extensive digital infrastructure from emerging threats. Darktrace Self-Learning AI leverages machine learning to discern anomalous behavior, learning the 'pattern of life' of every user, device, and environment 'on the job' and continually updating its understanding as the business evolves.


During the POV, GMX Seguros experienced the power of AI first-hand. Darktrace flagged several instances of significantly high bandwidth usage across environments where it was not expected. This unusual activity turned out to be threat actors attempting to breach the company from suspicious locations in Russia and China. All this was revealed in minutes by Cyber AI Analyst, which rapidly stitches together events to give security teams an immediate and actionable understanding of in-progress attacks. Due to the speed with which Darktrace detected this emerging threat, the team were able to quickly block these connections and prevent further attempts to advance into the network.

Darktrace's Self-Learning AI provides Grupo Mexicano de Seguros with 100% visibility across its digital infrastructure. In addition to flagging attacks as they emerge, Self-Learning AI allows the security team to continuously monitor changes to their ecosystem. From new, unauthorized software downloads on workers' devices, to unexpected data transfers and anomalous user behavior, GMX Seguros can be confident it has a real-time understanding of its enterprise.

‍
"Today's cyber-attacks are like never before; they are more sophisticated and move faster than humans can respond," said Salgado Alvarez.
With Darktrace, Grupo Mexicano de Seguros has full visibility over their user activity and also has a reliable cyber security solution that rapidly neutralizes a diverse range of cyber-threats. When Self-Learning AI detects significantly anomalous activity anywhere across the dynamic workforce, Darktrace Antigena, the world's first Autonomous Response technology, enforces device and users' 'patterns of life' to contain threats in seconds.

We need Cyber AI to be prepared in the face of novel attacks. 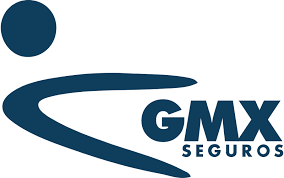 Grupo Mexicano de Seguros (GMX Seguros) is a major insurance provider based in Mexico, with broad experience and specialization in property casualty insurance, as well as risk management
Download the case study
USE CASES