Maintaining daily operations is imperative for single source suppliers like Greater Omaha. The security team's top priority is therefore to minimize disruption from cyber security risks caused by human error: whether a single misconfiguration, or an employee falling for a phishing email, one misstep or oversight could result in downtime.
‍

Greater Omaha does business with over 70 countries around the world, making reliance on static geofencing rules impossible. The organization needed a technology that can accurately determine emerging cyber-threats from benign activity and initiate a timely and targeted action to contain an attack.

Turning to AI and Autonomous Response

The company turned to Darktrace's AI, which immediately began learning the environment in order to detect and respond to subtle deviations indicative of a cyber-threat. The team initially had Antigena in human confirmation mode as the technology built up a picture of normality across the network. Within a few weeks, Greater Omaha gained trust in the AI's decision-making and now runs Antigena in autonomous mode whenever possible, especially when the team is out of office.

Bringing the Human into the Loop

Cyber AI Analyst greatly relieves pressure on the security team at Greater Omaha by automatically investigating security incidents. The technology replicates the thought processes of human analysts during the triage process, connecting the dots between individual alerts into a wider overarching security incident. It then provides an AI-generated incident summary, allowing the security team to immediately understand the full scope of the attack.

‍
In addition, with Darktrace's Proactive Threat Notification (PTN) service, Greater Omaha is alerted to serious emerging security incidents via email and the Mobile App. With Darktrace's expert analysts providing an extra set of eyes on the technology, the team have another level of confidence that they will be notified of a serious threat, wherever and whenever it arises. 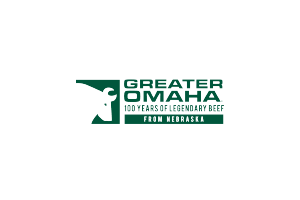 Greater Omaha is a single source supplier that has specialized in beef products, services, and delivery for over 100 years, shipping the highest quality beef to every US state and over 70 countries around the globe.
Download the case study
USE CASES
No items found.
PRODUCT SPOTLIGHT
DaRKTRACE
RESPOND
TM
Disarm within seconds
Core coverage
RESPOND
RELATED BLOGS
A New Home Front: The Part We All Play in a Modern Cyber War
Threat Actor Tactics in the Russo-Ukrainian Conflict: Analyst Observations and Predictions
A New Sheriff in Town: Why the City of St. Catharines Turned to Darktrace to Protect its Digital Assets
More Customer Stories

Confiar is a Colombian Financial Cooperative with 54 offices across the country, including Bogota and Medellin. Founded nearl...

Drax is a leading power infrastructure company, and provides around 7% of the UK’s power. It is in the process of switching...