Darktrace allows us to manage IT risks more efficiently and proactively to avoid possible data breaches, and helps us to comply with legislative requirements, which is vital for any business.

Enhancing and Uplifting a Stretched Team

Ruth Amui, Duferco's IT Manager, oversees her organization's IT and OT security needs with only a small team, meaning time constraints have long been a limiting factor. Expanding the team has been difficult due to the wider cyber skills shortage. Duferco was therefore looking for technology that would enable it to get the most out of its time-stretched human expertise, augmenting their capabilities and reducing workloads by automating lower-level tasks.

‍
The team turned to Darktrace's Self-Learning AI to protect their business. The technology learns 'normal' for every user and device from the ground up in order to spot and stop anomalous, threatening activity. Autonomous Response can be set up in human confirmation mode, so that it only takes action on request, but having seen it operate across the digital estate, Amui trusts the AI decision-making: "We mostly let Darktrace do its own thing, and log on only when it notifies us of something serious," she says. "Having Autonomous Response active really gives you that peace of mind. Every other tool is reactive. Darktrace is proactive."

Duferco has grown into a truly multinational company, with a capacity of over half a million tons of steel products per annum. Even at this level, however, the nature of the industry necessitates slim profit margins.
‍

Because of this, sustained production rates are crucial, while the potential for machinery downtime poses a real threat. Ransomware attackers continue to target companies reliant on OT systems and unwilling to weather sustained downtimes, knowing ransom payments are more likely to resume operations. For Amui, it was crucial that she had technology which would fight back against the most sophisticated attacks to minimize the risk to the company and its operations.

‍
Darktrace's Autonomous Response takes precise and proportionate action against cyber-attacks including ransomware at every stage of the attack kill chain. "We cannot fight threats today with the same methods we used in the past," commented Amui, "we needed a more intuitive and intelligent solution."

Stopping Threats without Stopping the Business

Amui needed a solution which would not only stop these advanced threats but do so without disrupting the rest of the business. Many traditional rules-based tools take largely indiscriminate actions to stop attacks, putting normal business operations on hold to stop a threat from spreading. For businesses which rely upon constant uptime, this approach can cause significant problems and financial losses.
‍

Darktrace's responses are more tailored, with the AI continuously reviewing the threat and its own actions as an attacker pivots and changes tactics. The AI's knowledge of 'self' enables it to enforce normal operations, delivering a precise response to contain only the malicious behavior, and leaving the business undisrupted. Amui explains: "When there is a problem on a device, Darktrace does not wipe out the entire user. They can continue on working while Darktrace deals with the problem."
‍

Amui now enjoys new levels of visibility over Duferco's digital estate, and is happy to report that Duferco has not suffered any cyber disruption or information breaches since deploying Darktrace last year. 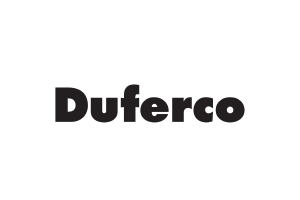 Duferco is a steel processing company located in Saldanha Bay, South Africa. Its products are manufactured and delivered with a philosophy of ‘prime, on time, everytime’. Duferco’s high-quality, cold rolled steel products serve a range of unique customer requirements across the US, Europe, and Africa.
Download the case study
USE CASES